Do Not Believe the Lies on Esso’s Postcard

In June 2021, Esso sent a postcard to Farnborough residents to address our response to their latest plans. We are sad to see that they have resorted to making untrue statements as it becomes clear that their plans for installing the pipeline in our park are unworkable within the constraints of the planning permission (DCO).

Here’s the card, with the untrue parts highlighted. Keep scrolling for more details… 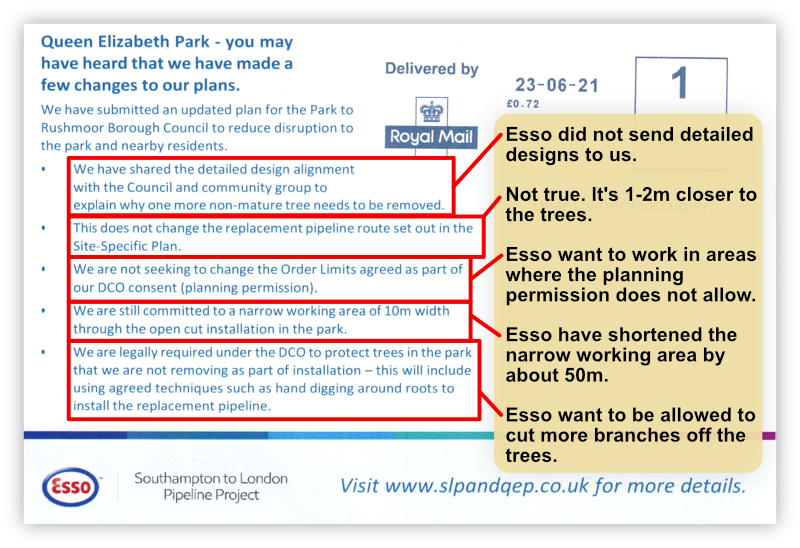 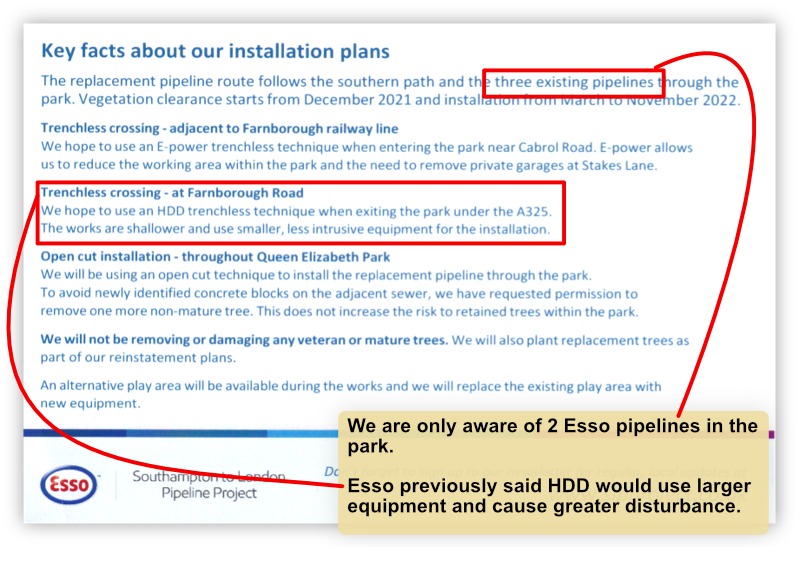 Details Shared With Us

Esso’s statement: ‘We have shared the detailed design alignment with the Council and community group to explain why one more non-mature tree needs to be removed.’

We have not received any detailed designs from Esso. The only designs we have seen are small-scale drawings. Esso did not send them to us. We downloaded them from the planning section of the Rushmoor Borough Council website.

Esso’s statement: ‘This does not change the replacement pipeline route set out in the Site-Specific Plan.’

This is a lie. Esso have changed the route of their pipeline. The pipeline route is shown in the Site Specific Plan. We have overlaid the plans from the old and new Site Specific Plans to show how the route has changed, moving it closer to the trees.

The images below show some examples of where it has changed, moving closer to the trees. 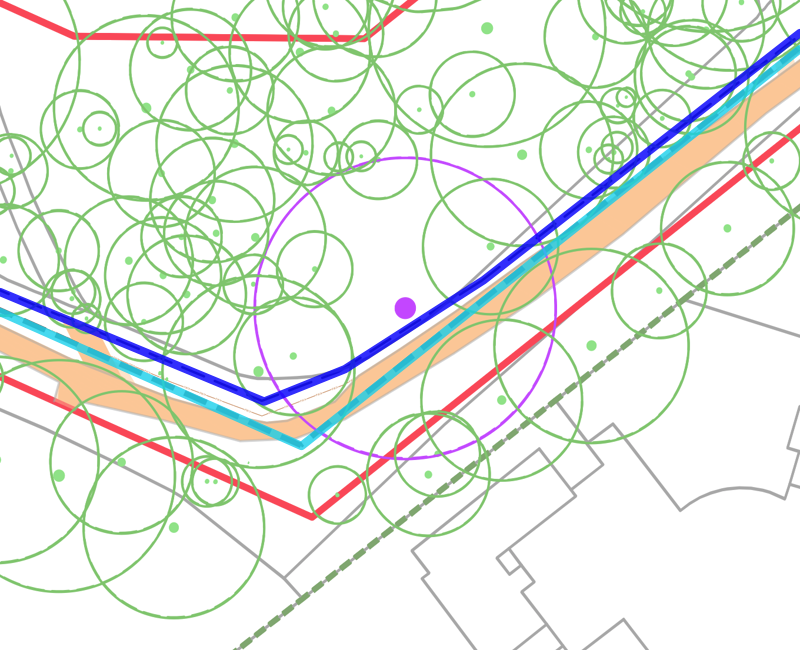 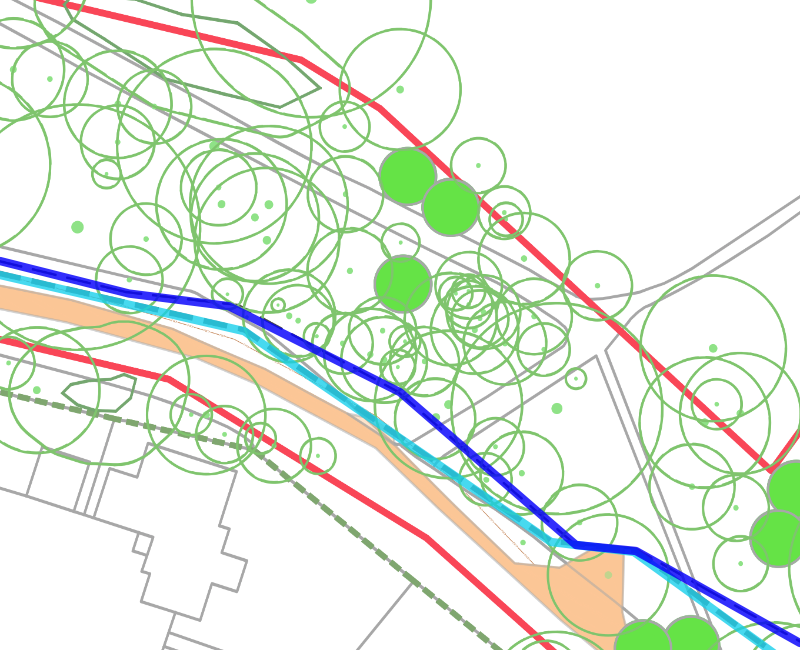 It is entirely wrong of Esso to say that the pipeline route has not changed.

Esso’s statement: ‘We are not seeking to change the Order Limits agreed as part of our DCO consent (planning permission).’

The DCO was granted based on the working areas which Esso specified. Within the park, they committed to a 10 metre working width. The planning consent does not permit any work outside the narrow working width - just the same as work not being permitted outside the Order Limits.

Above: The original Site Specific Plan (left) and the new one (right). The DCO said no work in the yellow areas. Now Esso want to make the yellow areas smaller. Changes are circled in purple.

Esso’s statement: ‘We are still committed to a narrow working area of 10m width through the open cut installation in the park.’

Esso want to shorten the narrow working area by 50 metres. Do you trust them not to reduce it further? 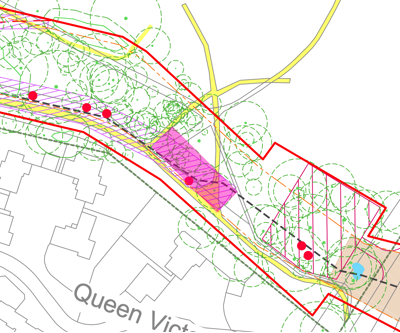 Above: The area highlighted in pink is no longer in the narrow working area.

Esso’s statement: ‘We are legally required under the DCO to protect trees in the park that we are not removing as part of installation - this will include using agreed techniques such as hand digging around roots to install the replacement pipeline.’

The DCO permits Esso to prune trees which overhang their working area. Esso have also written their latest documents in a way which gives them more power to work on trees, e.g. crown lifting and coppicing.

Also note that Esso are focusing only on how the trench is dug. They have not provided any details on how they will fit the pipes between the tree roots and safely weld the sections together.

We are only aware of two Esso pipelines in the park. Presumably the third is the sewer but this is not clear.

Esso’s statement (emphasis is ours): ‘The works are shallower and use smaller, less intrusive equipment for the installation.’

Esso’s previous statements contradict this. When we asked Esso to drill from the Cabrol Road play area to Farnborough Hill School, they said (emphasis is ours again):

‘To locate an HDD drive pit in this area of the park would require greater mobilisation of plant to the location, a larger drive compound and the potentially greater loss of trees … a drive pit will result in more noise, larger plant and greater disturbance.’

Now Esso want to put an HDD drive pit in an area where they had previously committed to a 10 metre working width. This is in a location which is far less accessible than the Cabrol Road car park.

Esso have also changed the drilling direction. The permission they have been granted does not allow them to put their drilling equipment in the park. It has to be in Farnborough Hill School grounds.