30 Metre Wide Path Through the Woodland

Esso recently issued a statement in which they claimed they would use a 15 metre working width in Queen Elizabeth Park. This should be treated with extreme scepticism. In fact, their plans will even allow them to remove trees outside this area, and also outside the 30 metre Order Limits.

Esso say that they have committed to ‘narrow working’ within Queen Elizabeth Park. They point out that it this commitment is made in the Development Consent Order (DCO), and the wording is indeed present. It is commitment NW17 in the Environmental Management and Mitigation section of their Environmental Statement. Here’s the relevant extract:

“Working width reduced to 15m to reduce the impacts on Queen Elizabeth Park, an area of high amenity, visual screening and landscape value within an urban area. Two trees with bat roost potential are also present in this location. The approximate distance would be 472m.” Environmental Statement (Volume B) Chapter 16, p18

However, this is contradicted an another part of the DCO:

“Removal of woodland along the southern side of the park would be noticeable and urbanise views, opening up close views of the railway line and emphasising views of the residential development at Queen Victoria Court from the southern part of the park.” Environmental Statement (Volume D) Appendix 10.3: Visual Impact Schedules (item 41a, page 34)

So one part of the DCO says that narrow working will retain screening in the park, whilst another part says that the screening will be lost. What should we believe?

The truth is that the DCO allows Esso to completely disregard the 15 metre working width. Here’s how they will do this.

The plans show a 30 metre width, known as the Order Limits.

Esso have freedom to place the 15 metre strip anywhere within the Order Limits. They have produced diagram to explain this:

The exact path of the pipeline will not be decided by the time the DCO is granted so no-one knows exactly where it will be placed. There is nothing to stop Esso investigating more than one path within the Order Limits and removing trees while they do this.

The plans also ask for a triangle of land which allows the Order Limits to be extended further from the path.

Why does Esso want to work in this area if they are committed to a narrow working width? Source: Esso’s Land Plans (3 of 4), sheet 107.

This further contradicts the commitment to a narrow width. If the new pipeline will run as close as possible to the existing one, there is no reason for this area to be included within the Order Limits.

Esso is clearly trying to get as much flexibility as possible to put the pipeline wherever they want in Queen Elizabeth Park and to remove anything they please within the Order Limits without any penalties. In fact, it’s worse than that. Esso will be allowed to remove trees OUTSIDE the Order Limits too. Here’s a paragraph from another part of the DCO:

“Article 41 Felling or lopping of trees and removal of hedgerows – This article allows any tree, shrub, hedgerow or important hedgerow that is near the proposed development to be felled, lopped, pruned, coppiced, pollarded, reduced in height, or have its roots cut back, if it is considered to obstruct the construction, operation or maintenance of the proposed development or to endanger anyone using it.” Statement of Reasons, item 5.3.16, p17

This means that the Order Limits do not define the outer boundaries of the area which Esso could destroy to install the pipeline. Trees which are simply near the boundary could be removed without notice or consultation because the DCO will allow Esso to do this.

Esso’s PR department might be telling us that they will stay within a 15 metre strip but the wording of the DCO shows their planners have no intention of being constrained in this way. If they want to clear a 30 metre path - or more, they will. And there will be nothing that anyone can do to stop them.

What will happen within the working width?

Esso have produced a graphic which shows the type of activities and machinery which will be used to install the pipeline in an open trench. They plan to use an open trench throughout the park.

This shows that they plan to use tracked excavators and large trucks in Queen Elizabeth Park. These are large, heavy, noisy machines. 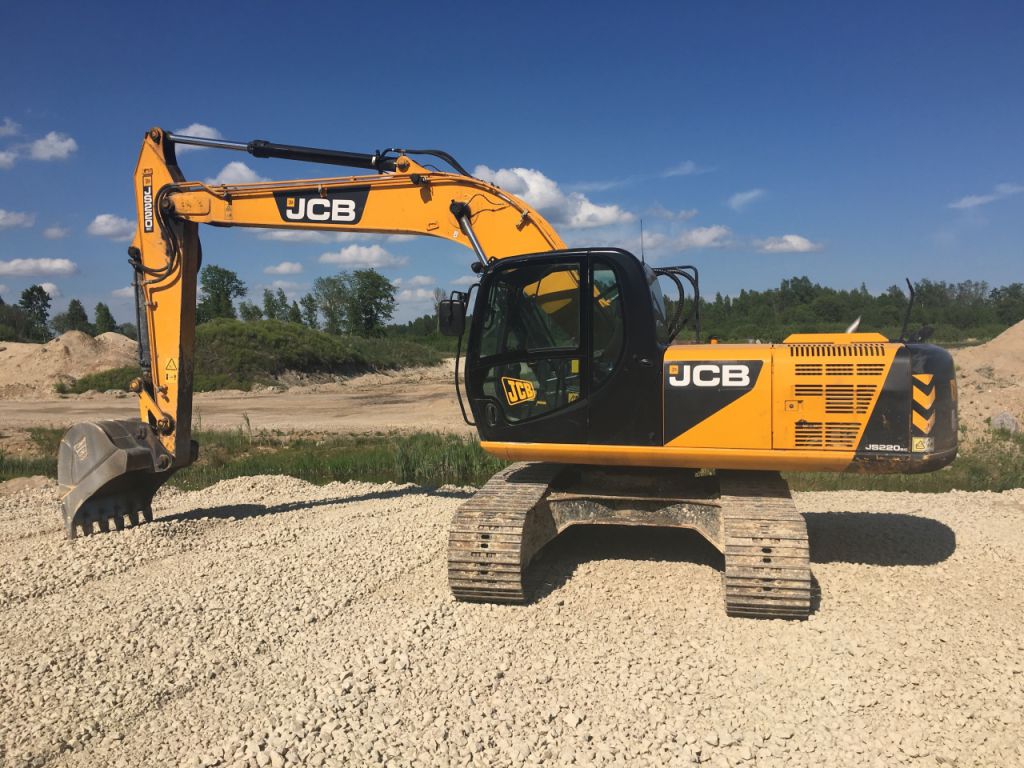 A tracked excavator of the size that could be used in the park. 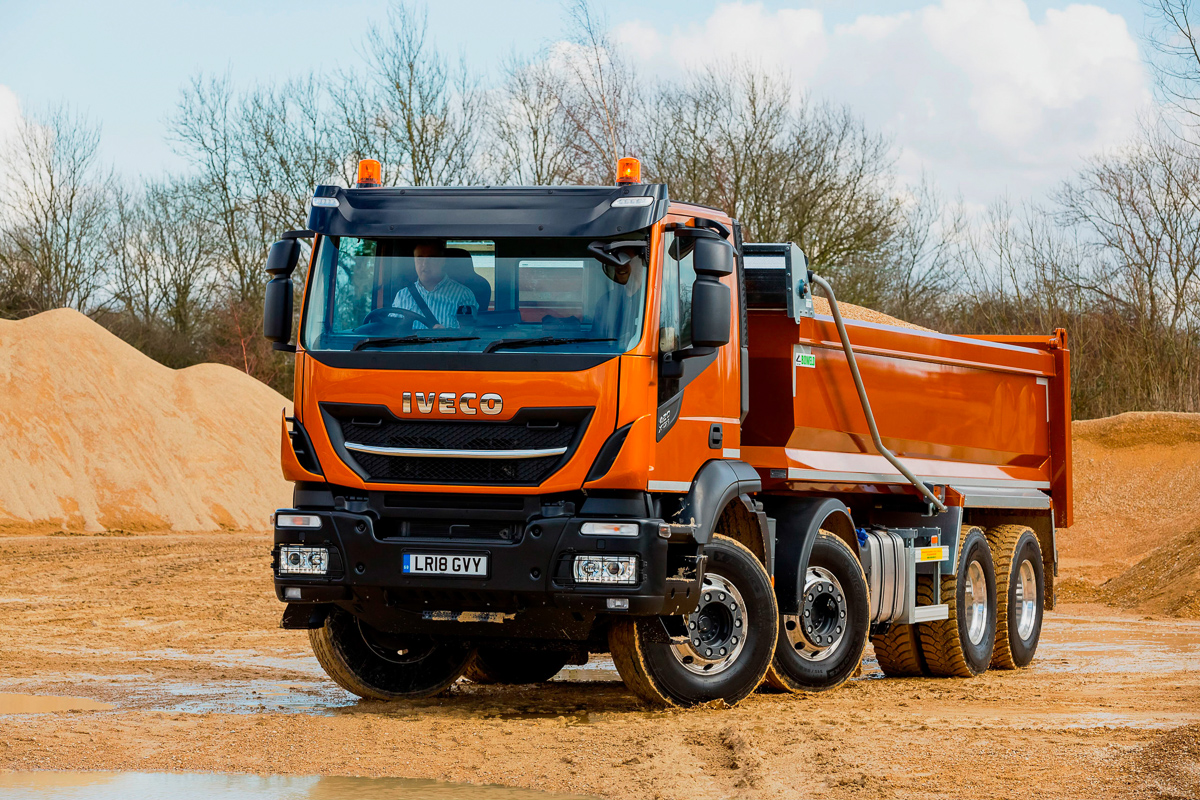 The type of truck which could be used within the park to move earth.

The area in which these machines will operate will be flattened and completely cleared of all obstructions. It’s the working width shown in the diagram above. Esso wants this to be be a completely clear path - and it will run from one end of the park to the other. Temporary fencing will be installed on each side of the path.

It will look absolutely awful.

The trees will be gone, the topsoil will be removed and piled up along the route and the surface of the subsoil will be churned up by the tracks and wheels of their noisy, filthy construction machinery. And this disruption will last for a whole year.

Queen Elizabeth Park is not an appropriate place to use heavy construction equipment like this.

The size of the machinery is the reason why so many trees have to be removed, and why Esso want to be able to remove trees from outside the Order Limits too. These machines cannot be operated in woodland, so the woodland will be removed. If there is an obstacle between the road and the working area, it will be removed to make way for the machinery. Esso will be able to do this because the DCO will give them this right.

The new pipeline will be 30cm in diameter and Esso only plan to install it 1 metre below the ground. Surely this can be achieved with much smaller scale machinery.

Esso should use machinery and techniques which are appropriate to the environment in which they are installing the pipeline but they are making no effort to do this.