Crossing Farnborough Road - the A325

The plans for Esso’s Southampton to London Pipeline show a square zone at the eastern end of their 30 metre wide corridor through Queen Elizabeth Park. This is an area of approximately 40 by 40 metres (130 by 130 feet) and the Development Consent Order will allow them to clear all the trees within it. What do they plan to do in this space? 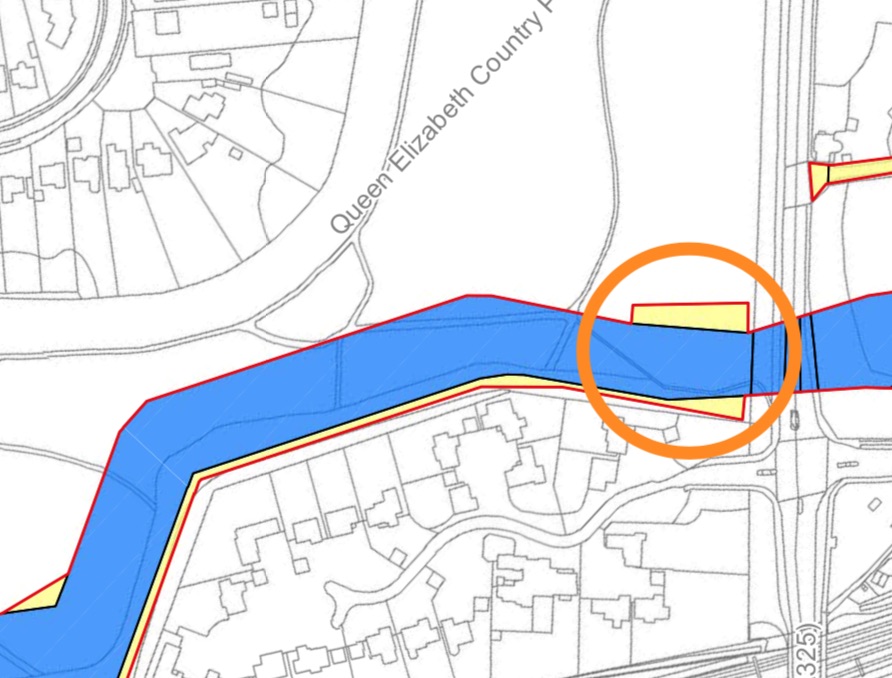 This is the area for the activities and machinery that will be used to install the new pipeline underneath the A325. Esso will use an auger borer to drill a straight path right under the road.

The scale of this job and the destruction associated with it might surprise you.

First, two large holes will be dug, one on each side of the road. The hole on the Queen Elizabeth Park side is called the drive pit and it will be 36 feet long, 10 feet wide and an incredible 20 feet deep. This is where the auger boring machinery will be installed. It is an enormous hole and it will be dug by large, heavy machinery which needs a lot of working space around it.

Just imagine the size of excavator that’s needed to reach 20 feet into the ground, whilst keeping a safe distance from the edge of the hole it’s digging.

There will be at least one excavator, along with lorries to move the earth to another part of the park where it will be stored so that it can be replaced later. Alternatively, the earth will be stored in a space near the hole, specially cleared of trees for this purpose. The sides of the drive pit will have to be reinforced to prevent it collapsing so there will be machinery and materials associated with that work too.

When the digging is complete, the bottom of the drive pit will be lined with concrete base and rails will be installed on top of this. The auger borer will then be lowered onto these rails and it will be ready to begin drilling. The auger borer is large and heavy so the concrete base will have to be thick and sturdy enough to take its weight. It will also have to absorb the forces associated with driving the auger through the earth under the A325. The length of the path to be drilled is about 51 metres (165 feet). All of the earth displaced by the drilling will be discharged into the drive pit and will have to be removed from the site.

A similar hole will be dug on the other side of the A325, in the grounds of Farnborough Hill school. This is the called the reception pit and it will be the same depth as the drive pit with a length and width of 10 feet. There will be no heavy machinery in this hole so it will not have a concrete base. Trees will also be removed from the grounds of Farnborough Hill school to make way for this work.

Here’s a video which shows the auger boring process - it’s produced by Wessex Water who, as far as I know, have no connection with Esso’s project. It is used here because it gives a clear description of the process.

This video shows open pits at the end of the installation process but Esso will fill both pits in after the pipe has been installed. However, any trees which are planted afterwards will not be a direct replacement for what was removed because they will be so much smaller.

The pit dimensions in this section are taken from the Environmental Statement (Volume D) Appendix 8.2, section 1.23.

Even though the drive pit is right beside the A325, the excavators, trucks, concrete mixers, machinery, generators and workforce will be brought to the area through the park, along the path cleared for the pipeline installation. The play area at Cabrol Road will have been removed and replaced with a construction compound where all the machinery and materials associated with this work will be stored. So one of the uses of the path which will have been cleared through the park is an access road for the drive pit.

The distance between the play area and the drive pit is about 500 metres. Is it really right to remove a play area and clear a half-kilometre path through the woodland, to a large open space cleared for the purpose of boring under a road?

Everything needed for the drive pit will be brought from the compound on the left to the drive pit on the right along the shaded path. Based on Esso’s Land Plans (3 of 4), sheet 107.

In the map above, I’ve drawn the path connecting the construction compound to the drive pit at a width of about 15 metres, close to the current pipelines, to illustrate what Esso’s ‘narrow working’ proposal means. This is still too destructive.

Esso mentioned the use of auger boring in their recent statement on Queen Elizabeth Park as if it’s a good thing. It is not. The statement was intended to show their commitment to a working width of 15 metres in the park but it is clear when you see the size of the area needed to build and operate the drive pit that there is at least one exception they were hoping would not be noticed. The works for the drive pit simply cannot be accommodated within a 15 metre width and Esso have no intention of trying to do this.

Even a 15 metre working width through Queen Elizabeth Park will result in extensive tree loss. This width is only required for construction activities. It is not needed after the pipeline has been installed. Esso must use techniques which are appropriate to the environment through which the pipeline runs.

The space needed to build and operate the drive pit is huge and must also be re-thought. The picture below gives an impression of the size of the drive pit area. There will be a similar, smaller gap on the Farnborough Hill side of the road. 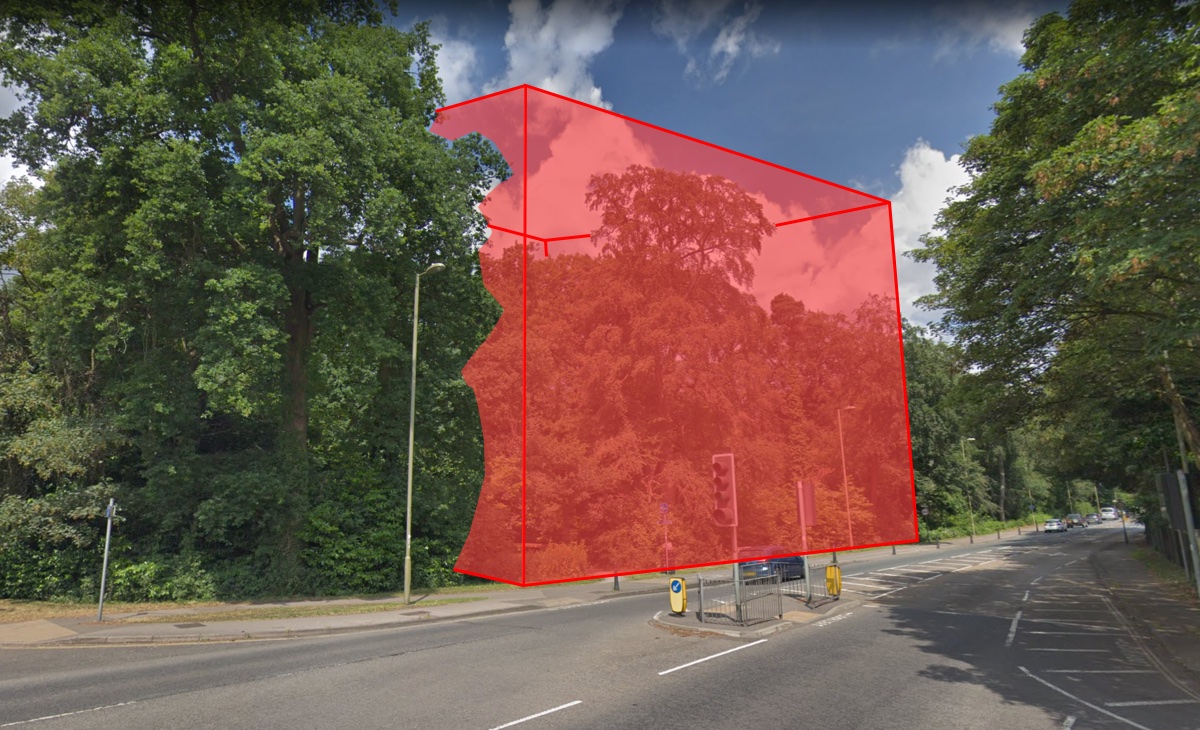 This picture shows the rough extent of the space which will be used to construct and operate the drive pit. We must assume that everything inside it will be cleared.

The corridor of trees formed by Farnborough Hill on the left and Queen Elizabeth Park on the right are a welcome and uplifting sight for anyone approaching Farnborough from the north as they travel along the A325. Esso’s planned activities will create a gap in this landmark which will last for generations.